Social cohesion makes societies work, and once squandered, it’s difficult to rebuild. It requires trust, goodwill, and shared values, but also fairness and agreed-upon social norms. Without some level of social cohesion, groups and even society itself cannot function. Most well run countries (ones with low wealth inequality, low corruption, and high life satisfaction) have social cohesion born of a sense of trust that society works for the well-being of all its members. Though this is perhaps more difficult to achieve in racially and culturally diverse societies, Sweden and Canada have high levels of social cohesion even with 20% of Sweden's population being foreign-born and 27% of Canada's population of non-European/white background. Smart societies foster social cohesion and build social capital constantly; foolish ones fritter both away as if they have no consequence.

There's a dark side to social cohesion, especially if it devolves into rigid conformity. The Nazis created social cohesion by vilifying Jews and promulgating their thesis that Germans were the master race. But let’s look at the flip side. In societies with little or no social cohesion, fear, distrust, corruption, and animosity rule. For decades now, American social cohesion has been falling, directly correlated, in my view, to our burgeoning wealth inequality. As a result, we don’t have a lot to fall back on now when we need it.

Right now much of the world faces a public health crisis with COVID-19. So far this disease has killed over 100,000 people in the United States and will likely kill another 100,000 in the next 100 days. This disease is largely fatal only to people who already have an underlying illness. Looking at the NYC data, it’s worth noting that even for those over sixty-five, most of those that died had one or more co-morbidity factors. The most common co-morbidities are heart disease, diabetes, hypertension, chronic respiratory disease, cancer, and obesity.

The US hasn’t had a pandemic this deadly since 1918. We are unprepared, inexperienced, and learning how to deal with it on the fly. In order to combat this pandemic, local officials have resorted to the blunt tools of physical distancing, voluntary quarantining, mass stay-at-home orders, the closing of all but essential services, and mandatory use of masks. (There’s finally widespread testing available, and talk of contact tracing, although from what I can tell, very little of this has happened.) I live in San Francisco, the first city to impose many of these restrictions before a single case of COVID-19 was discovered. Because of the initial promptness and a high level of compliance, both the case and death count here has been remarkably low. Now, although much of the country has opened up with far higher continued case and death rates, pandemic measures continue here and mask use has gotten even stricter.

I would posit that these public health measures prevent deaths but also cause them. I also believe we should be talking about loss of life-years. As painful as it may be to consider, the death by COVID-19 of someone 95 years old with kidney and heart disease might mean the loss of one life-year. The death by suicide of a 35 year old with depression worsened by social isolation might mean the loss of 50 life-years. There is a difference in magnitude that ought to be taken into account.

For public health measures to be effective, officials had to get the public’s compliance. In some countries this was literally done with soldiers challenging anyone who walked the streets. In United States, the approach was to 1) appeal to people’s compassion to prevent the disease from spreading to the vulnerable population (i.e. those with co-morbidities) and 2) make people believe they were personally at risk. As a result, the ultimate tools for fighting this epidemic have been fear and social isolation.

Fear creates stress. Stress creates emotional, psychological and physical problems, including heart disease, the number one killer in the US (648K deaths/year.)Fear also makes people do stupid things like drink bleach. Social isolation creates stress and strongly increases the risk of heart disease and stroke, the number five killer (146K deaths/year.) In fact social isolation is known to increase the risk of early death by two-thirds. It increases the risk of dementia by 40%. In a study of 20,000 Americans in 2018, 40% of adults reported being lonely. Just imagine what the number is now. And then there’s all the quarantine drinking. Cirrohsis/liver disease, the result of copious alcohol use, is US killer # 11 (42K deaths/year.) And that’s when people weren’t locked down. So while our stringent public health measures have prevented COVID deaths, we’ve also undoubtedly increased the number of future deaths due to heart disease, stroke and alcohol addiction. And let’s also remember that social isolation is profoundly bad for anyone suicidal (killer #10, 47K deaths/year.)

This is not to say that physical distancing and the closing of all but essential services weren’t necessary. But we need to realize that each week of doing so comes with a cost of lives just as real as the COVID deaths. Opening back up too soon (or never really shutting down at all, like some states) guarantees more deaths, yes, but continuing lockdowns past the point of benefit harms rather than helps the public good. There are also only so many weeks of lockdown that most Americans (even San Franciscans) can stand, so they should be used when they have the most benefit (i.e. in the fall, when we’re bound to see cases increase again.)

Continued lockdowns also harm the public good in terms of social cohesion. Fear of an enemy might create social cohesion, but in this case, public health measures have made us afraid of each other. This is absolutely terrible for social cohesion. Every person walking down the street becomes a supposed assassin likely to breathe inappropriately. Neighbors scream at each other for not wearing masks. People post death threats on Facebook against outsiders coming into their neighborhood bringing disease. People who used to get along become cranky, suspicious, and unforgiving. Add to this people who are irritable from not getting enough exercise or sunlight or being able to go anywhere or see anyone, and trust and goodwill pretty much go out the window. Add to this rage over social injustice, a divisive President, and bored (or paid) numbskulls itching for mayhem, you can see we’ve got a difficult summer ahead. (As I write, San Francisco is under mandatory curfew to prevent looting.) And every week of lockdown makes it worse.

Now let’s consider masks. Indoors, especially in poorly ventilated areas, it’s indisputable that COVID-19 is highly contagious by people just breathing on each other and that masks prevent dispersal of vapor droplets containing active viruses. Outdoors, there is so much immediate dispersal in the air that the risk is negligible. Indeed, there has been only one documented instance in the entire world where the virus was transmitted outside. Experts agree that because of low viral load exposure there is little risk of outdoor contagion even when a jogger exhales within a few feet of you. Indoors, yes, masks are still a good idea, and indoor events with singing (choirs) or cheering fans (basketball games) might need to be prohibited for a while longer. (Okay, jam-packed outdoor pools and concerts might not be good ideas either.) But in general as long as people aren’t crammed together, the social cost of mask-wearing outdoors is high and the benefit low.

One of the reasons wearing masks outdoors does social harm is because masks make the wearer anonymous, and anonymity in daily life destroys social cohesion. Because basic social cues such as smiles or at least an agreeable expression cannot be read, every passerby seems more threatening. People don’t make eye contact. Sometimes even friends and well-known neighbors cannot be identified, and the casual positive interactions that are the social glue of our society become impossible. Fear and loneliness are reinforced. And every week this continues makes it worse. Quarantine exhaustion is real.

What would actually improve public health is reducing the number of people at risk of dying by COVID-19. That means reducing the number of people suffering from heart disease, hypertension, cancer, chronic respiratory disease, stroke, Alzheimer’s, obesity, and diabetes. How can we do that? A third of the country is obese! Half of US adults have heart disease! Half are pre-diabetic! Wouldn’t it be ridiculously expensive to make people healthy enough that COVID-19 is no longer a threat to them? (Of course, hasn’t shutting down our entire economy for two months been a tiny bit expensive?)

Luckily there’s a way to make the entire population of the United States healthier in a few short months. And it will cost almost no money. And it will improve mental and emotional health. And it will improve social cohesion. However, no corporation will profit, and no politician will gain campaign donations because of it, so no public official will suggest it.

The magic answer? Simply have every American adult walk for 30 minutes a day. Among trees, if possible. Every day. Without masks. Without fail. No matter how old you are, how sick you are, how much you weigh, your health will improve. (Cutting out all soda and eating some vegetables will help, too. Just saying.) Walking moderately briskly 30 minutes a day reverses heart disease, reverses Type II diabetes, reverses hypertension. It reduces stress and chronic pain. It prevents strokes and Alzheimer’s; it reduces the risk of dying from breast, colon, and uterine cancer and can stop prostate cancer in its tracks. It reduces inflammation in the body. It boosts brain health. It reduces anxiety and increases happiness. Plus it relieves moderate and major depression better than pharmaceuticals or psychotherapy. Walking in your neighborhood creates local social cohesion better than just about anything. (Even more so if you smile, nod and give little waves.) Plus, it stimulates your immune system so you'll be less likely to come down with COVID-19 even if directly exposed to it. (The exception is those front line workers getting a heavy viral load, like health and transit workers. It’s criminal that they didn’t get serious personal protection at work from the very beginning.) 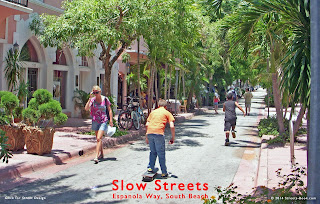 If we did this, the overall US death rate would drop by half, US health care costs would plummet, US life expectancy would increase, and people would be remarkably calmer and happier. Pharmaceutical companies and health care providers might be less than thrilled, but you can’t please everyone.